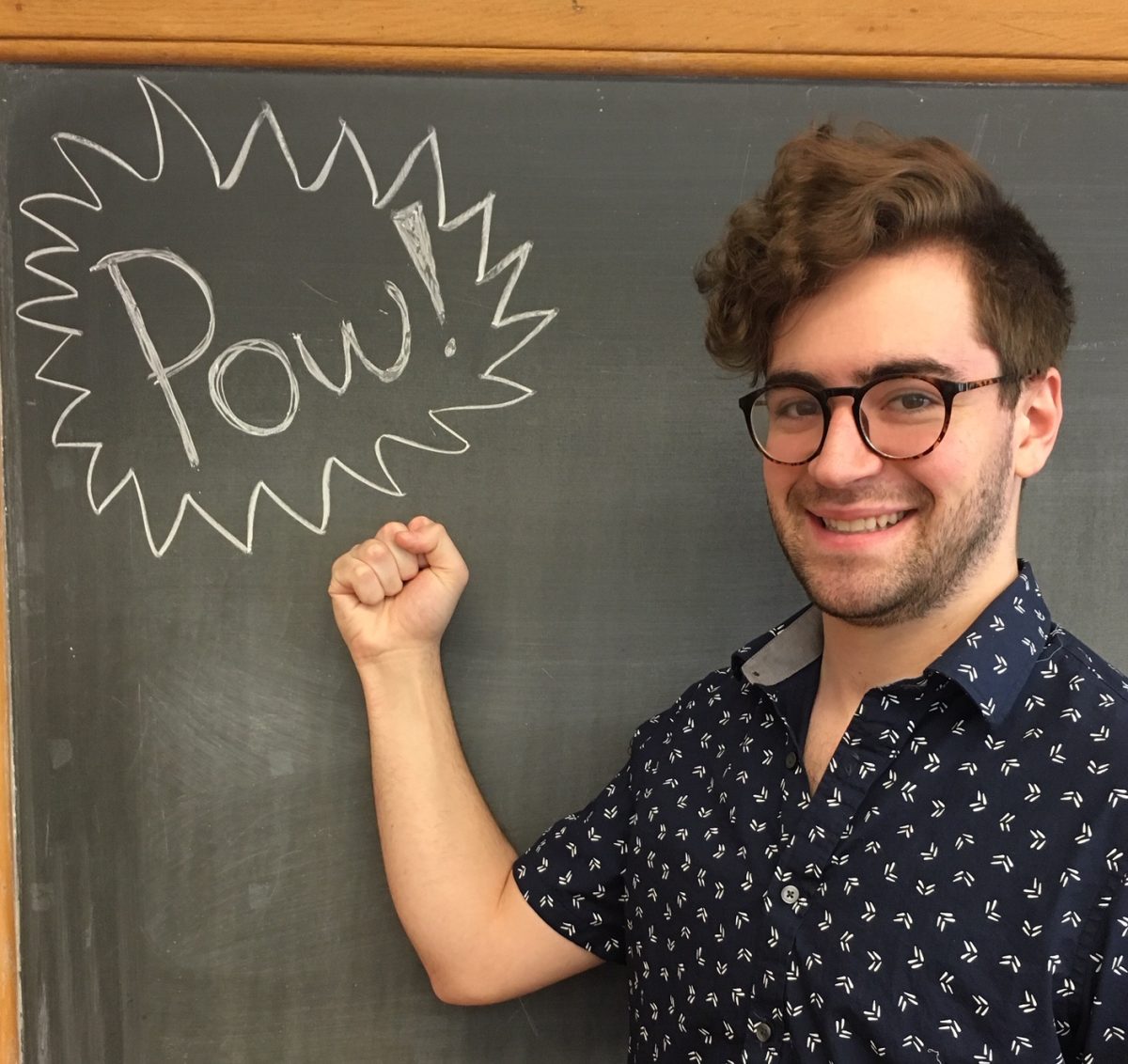 Power comes from the Anglo-French noun of the infinitive pouair, “to be able.” The first emergence of this word is the the 14th century (“Power” (n.)). By the late 14th century, power also meant “one who has power” (“Power” (n.)). It may seem like a simple word, but when applied in different situations and scenarios, one can recognize its multiple and complex layers. For example, M. NourbeSe Philip portrays the power of storytelling in her book Zong!. In Lorraine Hansberry’s play, A Raisin in the Sun, social power plays a key role. Hansberry herself also demonstrates the power of advocacy as a writer. Maxine Hong Kingston expresses in her memoir, The Woman Warrior, the powers of both speech and silence. Power takes on different forms and abilities through each of these texts, and understanding its definition is helpful when zeroing in on its presence in works of literature and considering how it can complicate a work.

Zong! is a retelling of an actual historical event, the Zong massacre. The Zong massacre occurred in 1781, when British captain and crew of the Zong decided to throw the slaves overboard once the water supply became low, and some navigational errors were made. At that point in time, slaves were considered cargo. Insurance could be put on them to ensure that the captains and slave owners would not lose any money on the slaves. Because of this law, in the eyes of Captain Luke Collingwood, slaves were thrown overboard to keep the other passengers alive; meanwhile, Captain Collingwood could cash in on the slaves lost and not lose any money. However, the insurance company denied the claim. This is the only evidence of the Zong massacre: a legal document disputing, not the fact that living people were jettisoned off a ship to die, but whether ot not the reason for throwing the enslaved overboard fit the wording of the law.

Philip’s retelling and commenting of the Zong massacre is through the legal document, Gregson v. Gilbert, and using that source to form found poems. Found poems are done by taking words, sentences or phrases from a passage and piecing them together to create something new and unique. Philip used the law document as a way to tell the story of the complete disregard for human life that white slave traders and owners in 1781 held for black people, and how the laws amplified the disparity of power. Philip writes about her process for writing Zong! by saying:

The irony here is that the story is locked within the text of those individuals- members of the judiciary, one of, if not the most powerful segment of English society- who were themselves an integral part of a system that engaged in the trade of humans. A system of laws, rules, and regulations that made possible the massacre on board the Zong. It is a story that cannot be told; a story that in not telling must tell itself, using the language of the only public extant document directly bearing on these events. (Philip, 199)

By Philip only using words from the legal document and using those words to give a voice to the enslaved people killed aboard the Zong, she shows the reader a way that she feels she can give back what was taken from the enslaved: power. She removes the power from the judges that made the laws, and the captains that tried to find loopholes in those laws that ultimately killed the enslaved people. She then transfers that power to the enslaved men, women and children that were inhumanely murdered, by picking and tearing apart the words just like the white men chose their slaves. However, by using the legal document she is also restricting the power she has over the words. Philip shows us that: no matter the source, or how carefully and thoughtfully words are strung together, nothing can bring back the dead and there is no real meaning behind the violence that occured.

The enslaved dead and the senseless murder also impacted her emotionally. Philip writes: “I strongly feel that I need to seek “permission” to bring the stories of these murdered Africans to light… And so, not knowing what this “permission” would look like or even why I felt the need, I journey to Ghana in the summer of 2006” (Philip, 202). The power that the enslaved dead had over her was so tremendous that she traveled to Ghana without knowing for sure what kind of ‘permission’ she needed to be able to share their stories. She did not drive an hour or two from her house to visit a neighboring town; she deliberately travelled by plane to Africa to feel the energy and seek something she believes the murdered Africans aboard the Zong deserved. The event and writing process affected Philip- someone who was not involved with the tragic event at all- so strongly that it influenced her to travel a great distance. By writing in this way she gives the reader an insight to the many layers of how power can control and influence others, regardless if they were directly involved or not.

The play A Raisin in the Sun thematizes how power can take form of social influence. This is applicable to the fourth definition of power and describes the play’s main characters, the Younger family, perfectly. The Youngers live in a very discriminatory time where they were subjected to harsh living conditions such as tenements, overpopulated areas and extreme impoverished areas. The social power that caucasians have is evident throughout the entire play. More specifically, when Mama decides to buy a house in a dominantly white neighborhood, her entire family questions her motives. Ruth states, “Well – well- ‘course I ain’t one never been ‘fraid of no crackers, mind you- but-well, wasn’t there no other houses nowhere”(93). Being that Ruth is going to school to be a doctor which isn’t normal for this time, she is characterized throughout the play as a mentally powerful woman. Ruth knows what she wants and will find a way to get it, so for her to swallow her pride and try to convince Mama to rearrange their future living situations shows a lot about the influence white people have. Ruth typically is firm on her statements about her lack of fear, yet she still gives white people the power by wanting to avoid social interactions with those who live in their new town.

In addition, Hansberry also utilizes her personal social power to bring light to the social issues going on around this time. She is reiterating all the actions taking place through the Civil Rights Movement. It is stated in the introduction of this play, “If we ever reach a time when the racial madness that afflicts America is at last truly behind us… I believe A Raisin in the Sun will remain no less pertinent” (Hansberry 13). This statement is very true being that Hansberry’s play is applicable to the societal discrimination throughout history, this play isn’t definitively written for the late 1950’s, but can be used for future references. By writing a play in 1959 with a predominantly African American cast, discussing the social inequalities this culture faces daily, Hansberry had the power to socially alter the mindsets of those around her. She utilizes her power of influence by understanding that Broadway in the late 1950’s was majorly only viewed by wealthy white culture. Not only was she able to educate white people, but through a presentation in person, the oppressors were able to feel the tense emotions African Americans felt, by practically bringing them into the Younger home and presenting the problems right before their eyes. Lorraine Hansberry is a prime example of the idea that knowledge is power. Hansberry definitely knew the battle she was going to face when she wrote this play, and it is only imaginable the amounts of backlash she received for writing it.

Maxine Hong Kingston uses the memoir genre to make sense of specific spots of memory in her life that has had an impact on her. Her memoir, The Woman Warrior, chronicles her life as a first generation Chinese-American growing up on the West Coast. The memoir format allows Kingston to show the relationship power has with her family and events her family has been a part of.  In the beginning of her work, Kingston acknowledges that through silence power was taken from the no name woman, and through talking about the no name, Kingston gives power to her.

As a child Kingston understands that words have power: “I have believed that sex was an unspeakable and words so strong and fathers so frail that ‘aunt’ would do my father mysterious harm” (15). In this quote, Kingston believes the reason that her family doesn’t talk about her aunt is to protect her father from suffering. She thinks that if the silence were broken, it would have unspeakable consequences and hurt her father. She believes that speaking the word ‘aunt’ would bring to mind a culmination of emotions and memories repressed for so long that they would incapacitate her father.

Kingston also discovers that the act of speaking words have power when she says, “But there is more to this silence: they want me to participate in her punishment. And I have” (16). Through this quote, Kingston realizes that silence takes power from the individual, and she realizes that silence itself has some power too. Through this epiphany, Kingston finds  that compliance and acceptance add to silence’s power. Realizing that she has been an active participant in this oppressive power, Kingstons makes a decision to not participate in this silence anymore.

People typically associate power with physical strength, control, or even superheros. By looking at the many definitions of power, one can learn that power is about more than just abilities. In some cases abilities do in fact come in the form of physical strength, control, or a cape, but as demonstrated in all four example texts in this essay, power can be expressed through a multitude of forms that range from concrete to abstract.

Hansberry, Lorraine. A Raisin in the Sun: a Drama in Three Acts. Random House, 2002.

Kingston, Maxine Hong. The Woman Warrior: Memoirs of a Girlhood Among Ghosts. Vintage, 1989.